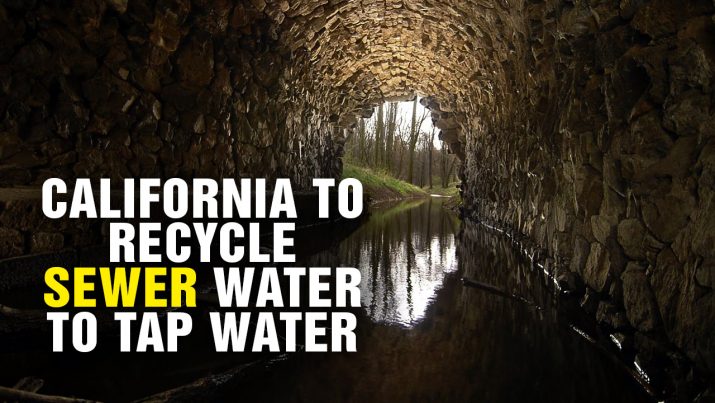 Podcast Transcript: “Well, I suppose it was inevitable that this would happen, but California is now going to be recycling sewer water into tap water. Oh yes. Oh yes. The same state that has a city, San Francisco, with a human feces map online so that tourists can avoid stepping on the turds all across the city – which has become a third world nation, as I said earlier. That’s them. They’re now gonna be drinking sewer water. This is a whole new level of collapse really if you think about it. Now of course, the state will say, ‘Oh no, it’s all official. It’s all legal. It’s all gonna meet quality standards,’ but what you should know… And I’m speaking here as a scientist, as a environmental scientist. I run an analytical laboratory, I test for heavy metals, pesticides, other chemicals and so on. We use multiple mass spec instruments. I’ll tell you this: The water treatment facilities in California do not remove pharmaceuticals. They do not remove birth control hormones. They do not remove even HRT drugs – you know hormone disruptors. They do not remove many, many chemicals including cocaine, heroin and all these other street drugs – meth. They don’t remove that stuff. Water treatment is a pretty lousy technology frankly in most places, including California…” Listen to the full podcast below:

Learn more at NaturalNews.com and Health.news

California to recycle SEWER water into TAP water from NaturalNews on Vimeo.

You can also listen to this podcast at Bitcute.