Vaccine-Derived POLIO: Why Polio Outbreaks Are Caused by Vaccines (Video) 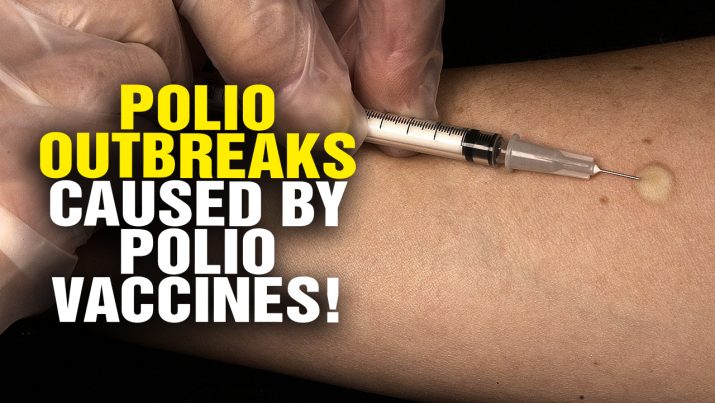 33 children were paralyzed recently in Syria from polio caused by vaccines. It’s called “vaccine-derived polio,” and it’s why children who are vaccinated against polio are often stricken with polio.

Podcast Transcript: “What you’re about to hear exemplifies all the reasons why Natural News is so heavily censored, because we bring you truths about medicine that the medical establishment doesn’t want you to hear. Today’s topic is vaccine derived polio. Now this term means exactly what it sounds like. If you ask most people where does polio come from – if they know maybe a little bit of medicine – they might say, “Well, it comes from the polio virus.” That’s correct so far. But if you ask them where does the polio virus come from – most people can’t tell you the accurate answer. There are really two vectors from which the polio virus infects people with polio. One is in the wild. So, in places like Syria, in the Middle East, there is still wild polio. Different types of polio, type 1 and 3 I think, are the most prominent at the moment. Type 2 has been mostly eradicated. So, polio type 1 and polio type 3 are circulating in the wild. They do infect some people, sometimes. But there’s another vector and that is vaccines. Vaccines cause polio. In fact it’s – again – called vaccine derived polio. The reason I mentioned this is because there was big news recently from UNICEF – the world aid Organization. UNICEF announced they had just vaccinated 355 thousand children in Syria and surrounding areas for polio, because there was an outbreak caused by – guess what… vaccine derived polio. Yes! They just vaccinated 355 thousand children to treat an outbreak caused by vaccinating children…” Listen to the full podcast below:

Learn more at Vaccines.news and Medicine.news

Vaccine-Derived POLIO: Why polio outbreaks are caused by vaccines from NaturalNews on Vimeo.