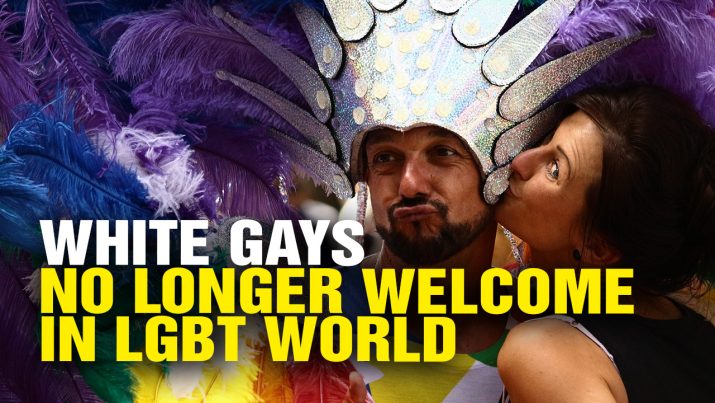 Talk about intolerance! In the LGBT world, gay people are no longer allowed if they’re WHITE, because some LGBT activists have become intolerant toward white people based entirely on their skin color.

Yes, LGBT is turning overtly racist and — astonishingly — aligning with the Jihad terrorism tactics of radical Islam, a culture that executes gays!

You can’t make this stuff up.

Podcast Transcript: “The latest insanity in the culture wars in America will blow your mind. There is an LGBTQ director of a college, a woman – and I’m not gonna give her name, because this is not really personal about her, it’s more about what’s happening in the cultural wars – she is now expressing a lot of mistrust of white gays. So, now suddenly being white and gay makes you an enemy of the LGBT community. Which is becoming increasingly intolerant and bigoted towards their own former supporters. I mean, 10 to 15 years ago, just being gay was enough to be a part of the LGBT community. Right. That’s what the “G” stands for…” Listen to the full podcast below: