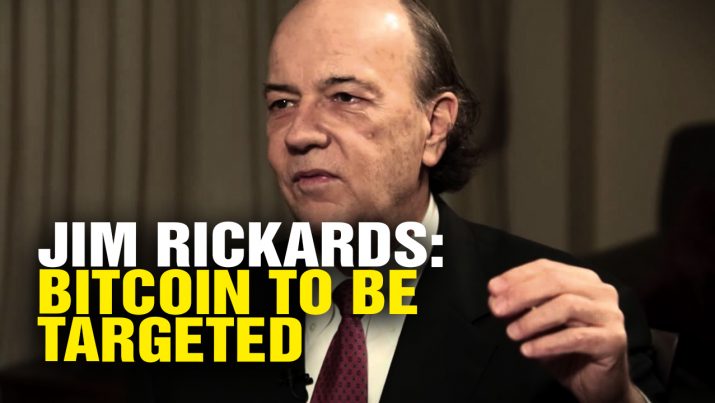 The Health Ranger explains how James Rickards is now mirroring his own prediction that governments and central banks will target Bitcoin for destruction.

Podcast Transcript: “Financial genius, James Rickards, is now channelling the Health Ranger. Yes. I say that with a sense of positivity and in a complimentary tone, because I’ve talked about the praises of James Rickards before. Jim Rickards, depending on how you want to call him, he was with long-term capital management right before the big bailout in 1997. When we first heard the phrase, “I believe too big to fail” – he was on the front lines there. James Rickards knows his stuff. I strongly recommend his books and by the way go check out his books and audiobooks. I like to listen to audiobooks from smart people and James Rickards is one of them. Now he’s channeling something that I said – I don’t know a month ago, six weeks ago, something like that – in a podcast published in HealthRangerReport.com. I think also mentioned on BitRaped.com… I warned that Bitcoin would be targeted by the establishment, financial elite. That they would take Bitcoin down and I even mentioned several ways that they could do it – including printing fiat currency to buy Bitcoin in large amounts and then dumping it all in one day to crash the Bitcoin valuation causing everybody to lose billions of dollars and ruin the reputation of cryptocurrency forever…” Listen to the full podcast below:

Jim Rickards channels the Health Ranger: Bitcoin to be targeted from NaturalNews on Vimeo.