Leftists INCAPABLE of Seeing EVIL Where It Really Exists (Video) 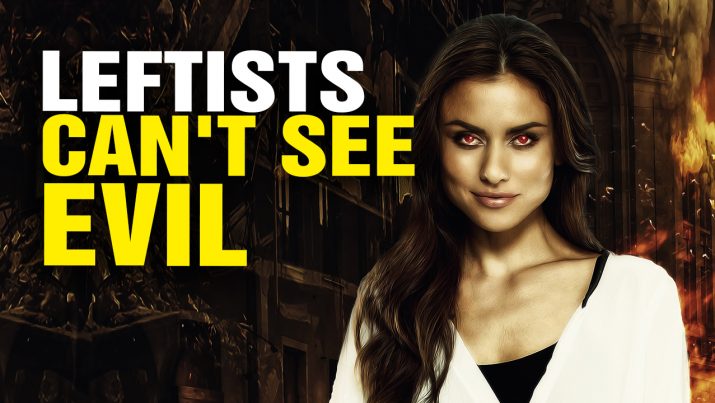 One of the key failings of the political Left is their inability to see EVIL where it actually exists. They live in absolute denial of the evil commitment by their own political leaders, such as Bill Clinton sexually assaulting numerous women, or Hillary Clinton promoting Monsanto.

Podcast Transcript: “It has finally become apparent what’s wrong with the brains of Leftists. It’s that they cannot detect evil. They can’t even acknowledge that evil exists, so they’re not able to see evil in others. Thus, not able to defend themselves against evil. So, whether the issue is – domestic terrorism or radical Islamic terror groups shooting people at gay bars in Orlando – the Left just can’t really see any real evil in that fringe sect of that religion. They just can’t acknowledge it and in fact, they tell each other that if you dare even point that out, you’re an Islamophobe or you’re a racist – or you’re a bigot. They don’t think evil exists in the world. But they do think that everyone who disagrees with them is a bigot…” Listen to the full podcast below:

Leftists INCAPABLE of seeing EVIL where it really exists from NaturalNews on Vimeo.