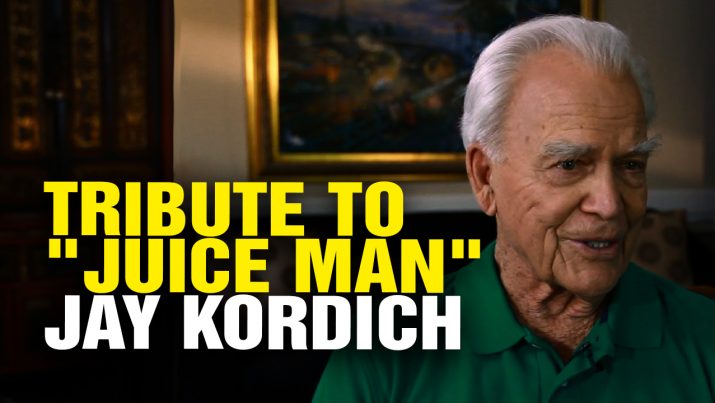 The Health Ranger pays tribute to Jay Kordich, the Juice Man, who passed away at the age of 93.

Podcast Transcript: “This is a tribute to the Juice Man Jay Kordich. He passed away recently at the age of 93. He leaves behind his wife Linda. By the way, there’s a GoFundMe page to help cover some of the costs, I believe, of the funeral and other similar things. You can check it out at GoFundMe.com. Just search for Jay Kordich. This isn’t about the fundraising. This is really just a tribute to Jay Kordick the man, the person, the visionary who introduced millions of people to juicing before juicing was cool. Before juicing was like juice feasting or juice fasting – or even before the raw food movement. All before that. We’re talking – what was it – the late 1980s and early 1900s … This guy was the Juice Man. He was teaching people to drink fresh juice at a time when the country was still consuming coca-cola and thinking that that’s a form of hydration. The Juice Man, who I interview by the way a couple of years ago…” Listen to the podcast below:

Stay informed about juicing and raw foods at FRESH.news

Tribute to the “Juice Man” Jay Kordich from NaturalNews on Vimeo.