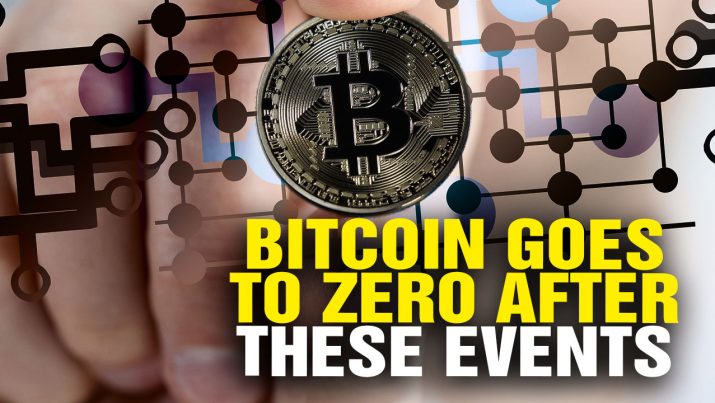 The Health Ranger explains why Bitcoin goes to ZERO after an EMP attack or solar flare (CME) of sufficient size that takes down the power grid.

Gold and silver, on the other hand, are impervious to power grid failures.

Podcast Transcript: “A couple questions for all the Bitcoin cult members out there: ‘How much is your Bitcoin worth after let’s say an EMP weapons attack takes out the power grid?’ Oh! Zero! That’s right, yeah. It goes to zero, because it’s not real and you have to have electricity in order to get to it, buy it or sell it. Now it’s not just an EMP attack – which North Korea has threatened to launch against the United States – of course it’s also the sun sending out solar flares on a regular basis. A NASA study says that there is about a 10% chance of a grid killing solar flare or what’s called a coronal mass ejection CME event. About a 10% chance. I’m sorry 12% chance every 10 years. So, let’s just call that roughly 1% chance per year. So in other words, there’s a 1% chance per year of you losing all your Bitcoin. It doesn’t sound like a very stable store of value does it?” Listen to the full podcast below:

Learn more at BitRAPED.com and Preparedness.news

Bitcoin is worth ZERO after an EMP attack or solar flare from NaturalNews on Vimeo.