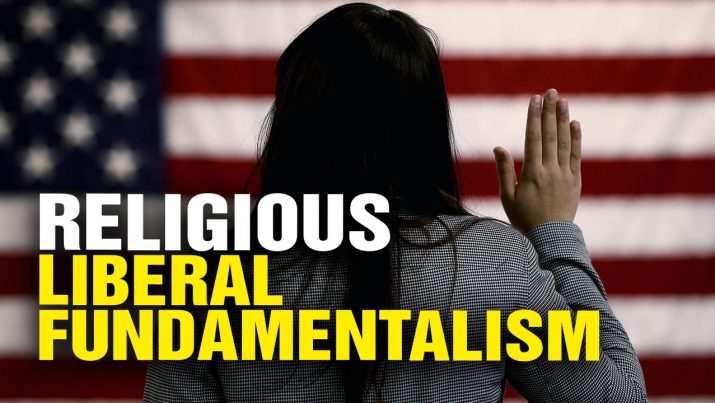 The Health Ranger explains why the cult of “religious liberal fundamentalism” is so dangerous to our liberties, our safety and our future.

Liberalism must be defeated or our future will see us all ruled by a totalitarian regime of liberal fundamentalists.

Podcast Transcript: “Fascism is alive and well in America today but it’s coming from those on the Left. There is an almost religious liberal fundamentalism at work and let me explain how it works. The Left, they are ideological fundamentalists. They believe that you have to conform to everything that they demand you believe in or you are ostracized – or you are evil and you need to be silenced. You need to be shut down, or even in some cases, you need to be killed. This is what they believe. This is what they talk about and this belief, this fascism – or what I call religious liberal fundamentalism – also extends through Google, Facebook and universities – educational institutions – of course the media and of course the bureaucracy of government as well. You must agree to everything the Liberals demand in order to be included, in order to be popular and in order to be accepted by society. If you disagree with any of those things – climate change or the magic of transgenderism and spontaneous genetic transmutation, or big government spending, entitlements whatever – or … you have to hate Trump in order to be accepted. If you don’t hate Trump, if you don’t spout vitriol against Trump on a daily basis, then you are not considered acceptable…” Listen to the full podcast below:

Religious LIBERAL Fundamentalism is dangerous! from NaturalNews on Vimeo.