Bitcoin Is POLLUTING the Air in California Cities (Video) 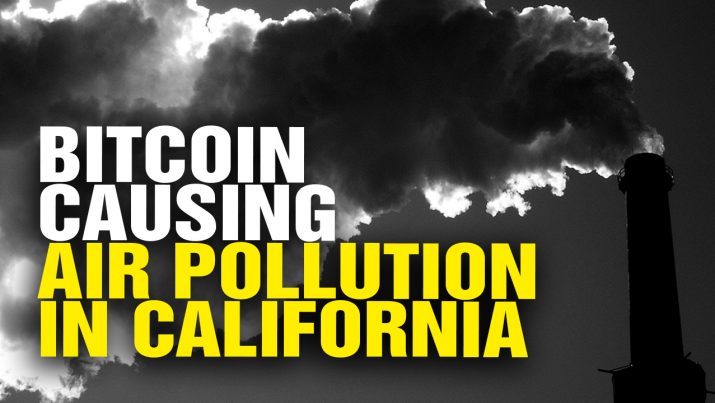 As the Health Ranger explains, Bitcoin mining is using almost as much electricity as a city of one million people. And most of that electricity comes from burning DIRTY COAL, which pollutes the air with mercury and particulate pollutants.

Podcast Transcript: “A fascinating new environmental report says that California has more polluted cities than anywhere else in the United States. California’s air quality is the worst in America – which a lot of people may find surprising – because California has such strong emissions controls and environmental controls – but that’s sort of a chicken and egg issue in any case. Bitcoin has a role to play in all of this that very few people have come to realize. In fact, I only recently came to realize it – that’s what I’m sharing with you here today – because the amount of coal that is being burned to support the bitcoin infrastructure is absolutely astonishing. If you believe that coal emissions are causing global warming then you can not engage in bitcoin, because that would be a contradiction. If you believe global warming is caused by burning coal, then you believe that using bitcoin is destroying the planet. I’m not kidding. I’ll explain why, here. Thank you for joining me. This is Mike Adams, the Health Ranger for HealthRangerReport.com and NaturalNews.com. Here is the logic behind all of this…” Listen to the full podcast below:

Bitcoin is POLLUTING the air in California cities from NaturalNews on Vimeo.