How Bitcoin Went from Liberty Currency to SLEAZY CON (Video) 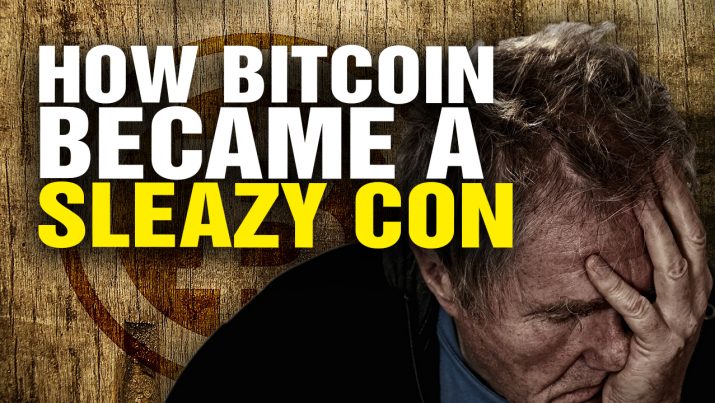 The Health Ranger explains how Bitcoin went from a promising decentralized cryptocurrency to a Ponzi scheme peddled by sleaze artists.

Podcast Transcript: “The more I look at bitcoin the more I realize what a total scam and ponzi scheme, con system it has become. I’m saying that as someone who promoted the concept of cryptocurrency – and I still do. I still think cryptocurrency has a lot of value and I’ll talk about that. I also think the blockchain concept will become very common, but it won’t need bitcoin nor will it involve bitcoin. Bitcoin is going to crater yet the pie in the sky hucksters pushing bitcoin have become such sleaze artists trying to rope more people into this scam so they can sell off their coins and make more money. It’s really disgusting to watch that this was a creation of the liberty movement and now it’s turned into a total scam. It’s very disgusting to see as someone who is pro liberty … This is why I’ve been warning about this, because I don’t want people to get hurt. Let me talk about why bitcoin is such a total scam at this point. It didn’t start that way…” Listen to the full podcast below:

How Bitcoin went from liberty currency to SLEAZY CON from NaturalNews on Vimeo.