Corrupt Establishment at WAR with We the People (Video) 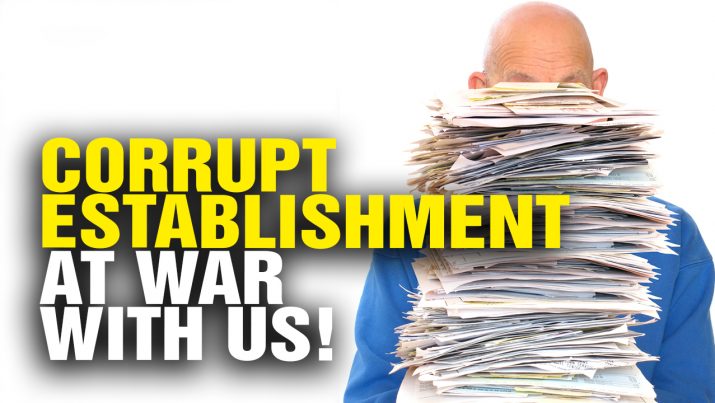 The Health Ranger explains that the corrupt establishment is literally AT WAR with We the People. Here’s where it goes if we don’t stop the overthrow of our republic.

Podcast Transcript: “The establishment is at war with we the people. The establishment which consists of the media – of course the mainstream media – plus the establishment Washingtonians on the  Left and the Right, it’s the liberals and the RINO conservative, mainstream conservatives, and it’s the tech giants, Google, Facebook, YouTube and Twitter, they are all censoring dissenting speech. All of these forces are now allied against the people. They have created a fascist, totalitarian state. It’s also the intelligence community as well, the NSA in particular, which spies on the supreme court, spies on all of the congressmen and senators, and the trump administration. President Obama used the NSA illegally to conduct surveillance on his political enemies. We all know that, it’s a fact. This system is a fascist, totalitarian police state system. If we don’t stop it we will all be enslaved. We’re practically there right now…”

Corrupt establishment at WAR with We the People from NaturalNews on Vimeo.