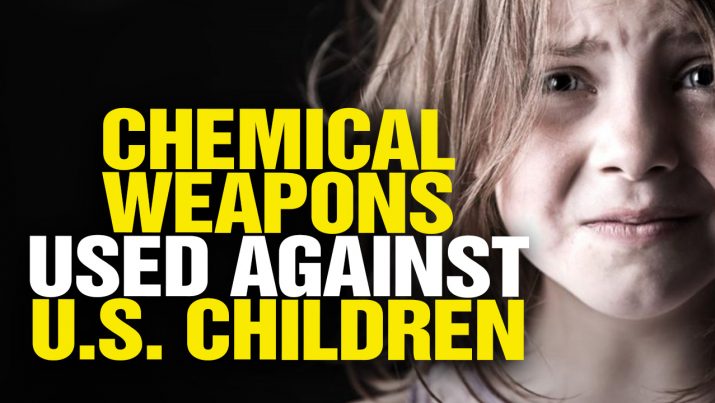 The Health Ranger warns that chemical violence against children does not only come from bombs. It also comes in several forms such as vaccines, pesticides, and toxic chemicals. These “chemical weapons” kill children slowly. Mike Adams says these must be stopped at all costs.

Just recently, the United States government launched a series of missile strikes in Syria in response to the wave of gas attacks that killed innocent Syrian children. But there’s another “evil regime” on Earth, according to Adams. This regime is responsible for killing a vast number of children using a state-sponsored chemical weapon. And it is being deployed by the United States government itself. This chemical weapon, otherwise known as the mercury in vaccines, is a neurotoxic, brain-damaging chemical injected into children. Adams believes it is a form of chemical violence among American children. He also finds it interesting that the government has launched missile strikes in Syria for the alleged poison gas attacks on Syrian children, but cannot pass an Executive Order requiring the CDC and FDA for the the removal of mercury in vaccines administered to American children.

Doctors know that all forms of mercury are toxic to humans. It particularly targets and damages the brain tissues, which affects the children’s overall growth and performance. Yet these “health” professionals still push children to be vaccinated. The pharmaceutical companies that manufacture these vaccines enjoy a blanket immunity from our legal system, which means they are free to do whatever they want. Add this to the fact that our fake mainstream media also protects the vaccine industry from its crimes against humanity, including chemical violence against American children.

Children must be saved from the biggest threat and that is the vaccine industry. All toxic chemicals such as mercury, aluminum, and formaldehyde in the vaccines must be taken out. Chemical violence is a covert and silent killer, unlike huge explosions featured on mainstream media. It just shows how ignorant people are when it comes to the dangers of vaccine to their health. Vaccine industry will not remove mercury in vaccines because it gives them control of the population, says the Health Ranger.

The United States federal government is perhaps the most guilty government for wielding chemical weapons against American children. Mike Adams urges the government that instead of dropping bombs in another country, it must focus on what really matters: the regulation and the total removal of toxic chemicals such from vaccines. Adams still hopes that President Trump will do something to end mercury in vaccines.

Stopping the violence against children must start by apprehending the vaccine industry. Any honest and sensible American would know that the vaccine manufacturers are the root cause of crimes against children. They purposely violate medical ethics and blatantly disregard basic human rights. Instead of concentrating on bombing Syria, the government should set its priorities straight and address domestic issues such as removing mercury out of vaccines.

Mike Adams is the bestselling author of the number one science book on Amazon, Food Forensics. He is a man of many talents. He is the lab director of an analytical laboratory with ISO-accreditation known as CWC Labs. This is where the Health Ranger performs tests for numerous products. He is an awardee of the Certificate of Excellence for analyzing toxic elements in unknown water samples. His online store, the Health Ranger Store, showcases a wide range of products that are tested in his own lab. In addition to all this, the Health Ranger is also an accomplished musician.