Mike Adams warns: Every new generation gets suckered by another stock market bubble… this time it’s NOT any different, either 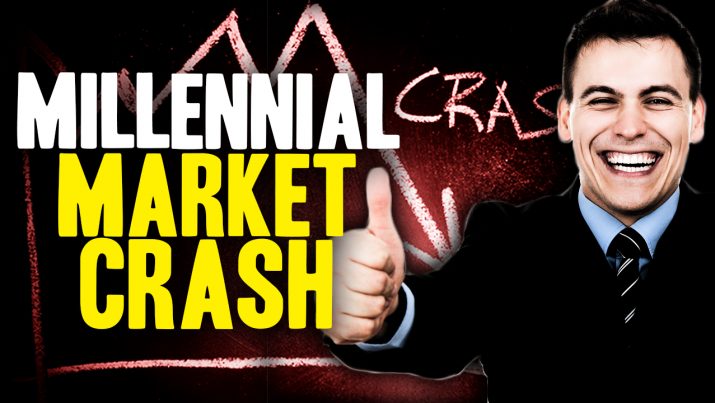 Mike Adams warns that every new generation gets fooled into another stock market bubble. Contrary to popular belief, newer generations are not any smarter than the previous ones. History proves this time and again, says the Health Ranger. In his popular podcast, Mike Adams explains why the new generation is absolutely clueless about the stock market. This delusion, he says, stems from every generation thinking they’re invincible — only because they’ve never experienced any harm…yet.

Stock market bubbles and crashes need to be experienced by each generation, which is why it is a never-ending cycle. However, not everyone learns from the previous generation, limiting their knowledge on how to effectively invest in stocks that really matter.  Mike Adams believes that the economic boom of every generation is based on debt money spent by the government. Basically, spending debt money is like getting an advance on a credit card. It enables people to buy things they couldn’t normally afford. This falsely represents a person (or government) because it makes the person (or government) appear better than what actually they actually are.

Debts have their due. It is inevitable and when that day comes, the quality of life of a person in debt will drastically plummet. For generations, America has been spending debt money to survive since the 1950s.

Mike Adams, the Health Ranger, is the inventor of the patented “Heavy Metals Defense”. This breakthrough formula gets rid of the toxic lead, cadmium, mercury, and arsenic from the body. Another patented invention by Adams is Cesium Eliminator. This is for emergency-use only following a nuclear fallout. It helps eliminate the radioactive cesium-137 from the body. He is the lab director if CWC labs; an analytical laboratory that is ISO-certified. The Health Ranger’s lab has performed tests to over 600 products, which now can be seen in his online store HealthRangerStore.com. Adams is also the inventor of the Mini Farm Food Rising Grow System. It is an EMP-proof system that helps grow food without electricity.

We have continually contributed to the debt. During the Obama administration, the U.S. debt significantly increased from eight trillion dollars to a whopping 20 trillion dollars. Our society has been reaping the “benefits” of debt without thinking that the day of reckoning will soon come. This current generation is not ready for what’s about to come. Their minds are not prepared for it because they have never experienced bubbles and crashes in their lives. Today’s generation believes that if they hoard market shares, the value of these assets will increase forever. They think that abundance comes with no effort. This is an absolutely wrong; and with the impending massive collapse, millennials should be ready.

Mainstream media continue to report that the rules have changed. This generation believes the problems that shook their parents and grandparents will not happen to them. The Health Ranger warns that their worlds are going to get “rocked”. The arrogance and the ignorance of millennials will be their own undoing. They are wrong to think that they are entitled to a lavish life without any repercussions. The Health Ranger warns  that every generation has its own stock market bubbles and crashes. It is a cycle that cannot be avoided. Today’s new generation, no matter how highly they think of themselves, will soon suffer from the bubbles and crashes as a result of their wrong decisions.